The Queensland Sunshine Coast produces a variety of pineapple that is rich in an enzyme that is capable of digesting polysaccharide molecules, as well as the usual bromelain protease. Biohawk has developed Pine Crush with a high concentration of active enzymes to aid in the digestion of both polysaccharides and proteins made from the whole pineapple (skin removed). Currently it is only available in a form that has to be kept cold in a refrigerator during use and stored frozen. Biohawk plans to produce it as a dry powder in the not too distant future. 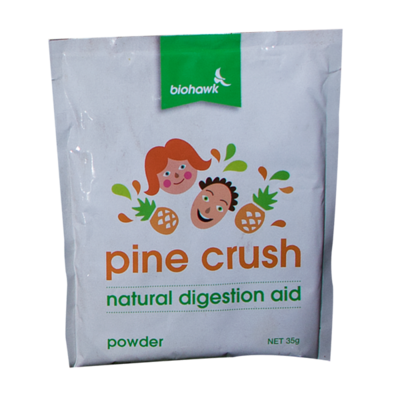